WITH TRUE NORTH SEAFOOD AND LONGO’S. 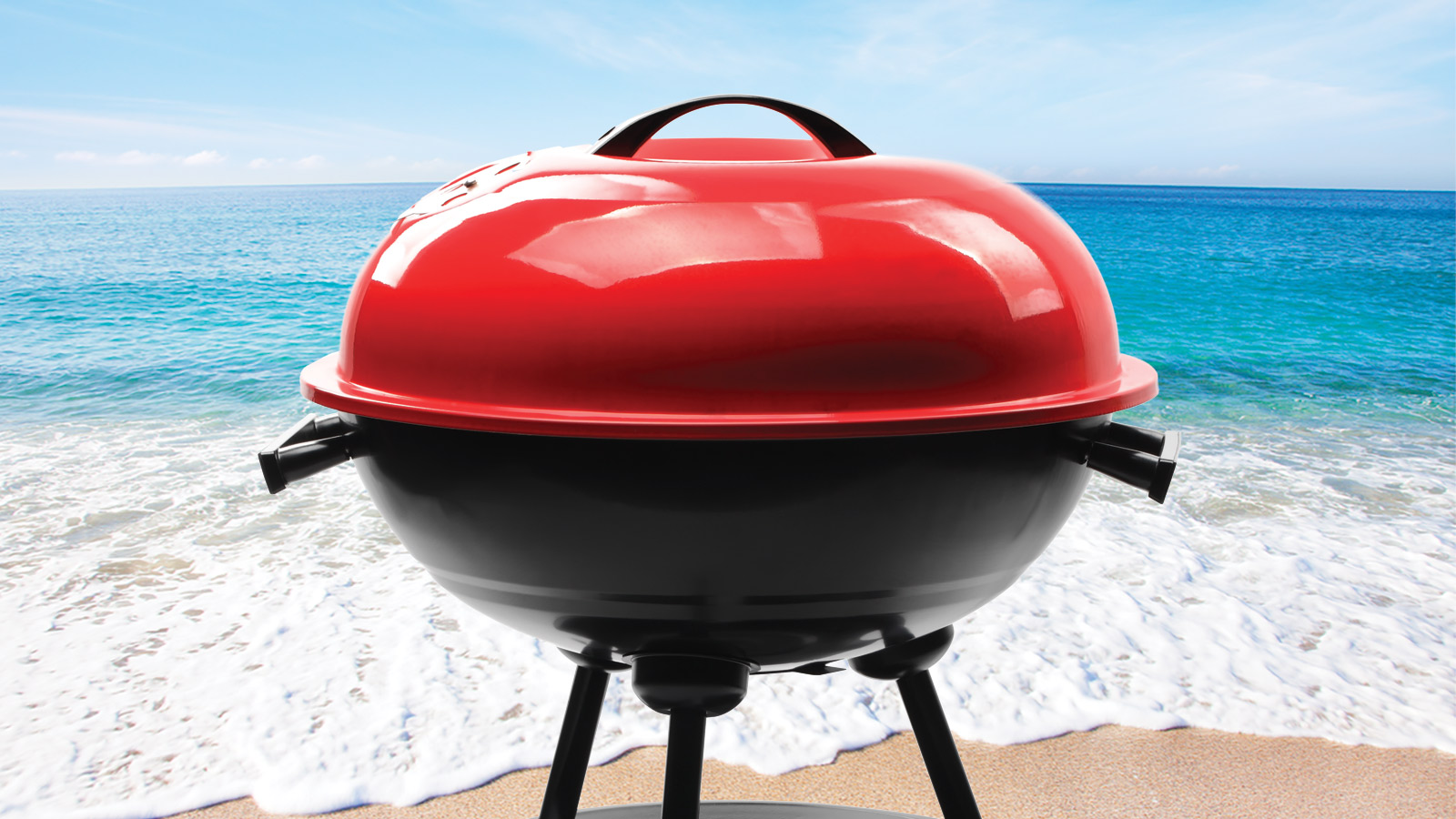 2. ELIGIBILITY
The contest is open to any resident of the Province of Ontario who has reached the age of majority in his or her province of residence. Employees, directors and officers of Cooke Aquaculture Inc. (the “Contest Sponsor”), any affiliate (as defined in the Canada Business Corporations Act) of the Contest Sponsor (the “Affiliates”), employees, directors and officers of their respective advertising and promotional agencies, as well as family members of any of the foregoing or those with whom they are domiciled are not eligible to enter the Contest.

3. HOW TO ENTER: NO PURCHASE NECESSARY
The Contest must be entered by submitting an entry using the online form provided at http://seafoodiseasy.com/contest. The entry must fulfill all Contest requirements, as specified, to be eligible to win a prize. Entries that are incomplete or do not adhere to the rules or specifications may be disqualified at the sole discretion of True North Salmon Company. You may enter a unique code each time it is received. You must provide the information requested. You may not enter more times than indicated by using multiple email addresses, identities, or devices in an attempt to circumvent the rules. If you use fraudulent methods or otherwise attempt to circumvent the rules, your submission may be removed from eligibility at the sole discretion of True North Salmon Company.

4. WINNER SELECTION
On September 1st, 2020 at approximately 12:00 PM AST, one potential winner will be randomly selected from the eligible entries received during the Contest Period. The potential winner will be contacted by a representative of Cooke Aquaculture Inc. within five (5) days of the draw by email, as provided by the entrant in their Contest entry form. A potential winner is found to be ineligible, declines to accept the Grand Prize or is unable to be contacted (including failing to return phone calls or emails) within five (5) business days of the draw will forfeit the Grand Prize and another eligible entrant may be selected as a potential winner in Contest Sponsor’s sole discretion.

6. DEADLINE FOR CLAIMING PRIZE
Following confirmation as a prize winner in accordance with the Contest Rules, the winner will be given instructions and a deadline as to how they must claim the prize. The potential winners who fail either to claim the prize or to inform the Contest Sponsor of his or her inability to claim the prize before the deadline, as instructed, will forfeit the prize and another eligible entrant may be selected in Contest Sponsor’s sole discretion. The prize will be shipped to winning party at a cost to Cooke Aquaculture Inc.

8. CHANCES OF WINNING
An entrant’s odds of winning depend on the number of eligible entrants received during the Contest Period.

9. NO REPRESENTATIONS OR WARRANTIES
The Contest Sponsor makes no representation or offers no warranty, express or implied, as to the quality or fitness of any prize awarded in connection with the Contest. The prize winner understands and acknowledges that he or she may not seek reimbursement or pursue any legal or equitable remedy from the Contest Sponsor should a prize fail to be fit for its purpose or is in any way unsatisfactory to a prize winner.

10. DECLARATION AND RELEASE OF GRAND PRIZE WINNER
Before being awarded a prize, the selected entrant must correctly answer, unaided, a skill-testing mathematical question. The Grand Prize winner must: a) Sign a standard form Declaration and Release of Liability (the “Release Form”) confirming that by entering the Contest:
• he or she read, understood and accepted these Contest Rules;
• that he or she understands that acceptance of the prize may involve danger and/or exposure to risks and hazards of both man-made and natural origin, whether arising from foreseeable or unforeseeable human error and negligence, and that, as a result, he or she may suffer damage to personal property, serious personal injury, illness or even death;
• that he or she nevertheless freely and voluntarily agrees and does hereby assume any and all risks of personal injury, illness, death arising out of or connected with his or her participation in the Contest and winning a prize; and
• that he or she releases the Contest Sponsor, the Affiliates, and all of their directors, officers, employees, agents as well as their respective advertising and promotional agencies (collectively, the “Releasees”) from any and all liability arising in connection with participation in the Contest and acceptance of a prize, including, without limitation, any financial, legal or moral responsibility or loss or personal injury including death or damage to or loss of property suffered or incurred or arising from participating in the Contest or accepting a prize, whether suffered by the prize winner, or by his or her heirs, administrators, personal representatives or executors, and notwithstanding that such injuries or losses may have been caused solely or partly by any act, omission, negligence or gross negligence of any or all of the Releasees.

A Release Form will be emailed to winners at the email address provided on his or her Contest entry form. Prizes will only be awarded upon return of fully executed Release Form to the email or fax number provided to the prize winner. Failure to return a signed Release Form as instructed within five (5) business days of being sent by the Contest Sponsor will result in disqualification.

11. PRIZE SUBSTITUTION
The Prize is non-exchangeable, non-transferable, non-refundable, has no cash surrender value and must be accepted as awarded with no substitutions. The Contest Sponsor reserves the right, in its sole discretion, to substitute and/or modify a prize, with (a) prize(s) of equal or greater value for any reason. Should a winner be unable to claim his/her prize as awarded, his/her rights to that prize or prize portion will be forfeited.

12. TERMINATION/MODIFICATION
Subject to applicable law, the Contest Sponsor reserves the right to cancel, suspend, terminate, modify the Contest Rules or administration of the Contest, in whole or in part, without prior notice with no obligation or liability, including, if for any reason, the Contest is not capable of running as planned, whether due to technical failure, tampering, fraud, corruption of security or other causes beyond the control of the Contest Sponsor.

13. OWNERSHIP OF ENTRIES
All entries shall become the property of the Contest Sponsor and its advertising and promotional agencies. The Releasees assume no responsibility for lost, stolen, destroyed or otherwise indecipherable entries due to any failure or technical malfunction of the telephone network, on-line computer systems of equipment, servers, access providers, software, poor reception, technical problems, failure of any email or submission or due to any other reason regardless of cause.

14. PUBLICITY
By entering the Contest, each entrant consents to the use of his or her name, city of residence, photograph, voice, likeness, image or any other aspect of his or her personality for any publicity and programming purposes, commercial or otherwise, in all media used by the Contest Sponsor, promoters and their advertising and promotional agencies, without any payment or compensation.

17. LIMITATION OF LIABILITY
By entering the Contest, the entrant agrees that the Releasees shall have no liability and shall be held harmless by the entrant for any damage, loss or liability to person or property, due in whole or in part, directly or indirectly, by reason of entering the Contest, the acceptance, possession, use, enjoyment or misuse of any prize, or while preparing for, participating in any Contest-related or prize-related activity. The Releasees are not responsible for technical, hardware, software or telephone failures of any kind, lost or unavailable network connections, fraud, incomplete, garbled or delayed computer transmissions, whether caused by any of the Releasees, users or by any of the equipment or programming associated with or utilized in the Contest or by any technical or human error which may occur in the processing of submissions that may cause damage to a user’s system or limit a potential entrant’s ability to participate in the Contest.

18. WHERE CONTEST RULES AND REGULATIONS AVAILABLE
These rules and regulations are available online at www.facebook.com/truenorthseafood/ and at 874 Main Street, Blacks Harbour, NB, E5H 1E6.

19. COMPLIANCE WITH CONTEST RULES
All contestants agree to abide by the Contest Rules, which are subject to change at the sole discretion of the Contest Sponsor.

20. COMPLIANCE WITH LAWS
This Contest is void where prohibited by law and is subject to all federal, provincial, territorial and municipal laws and regulations of Canada and of each province, territory and municipality of Canada, respectively

We’re taking grill and chill to a whole new level.